Electronic Entertainment Toy of the Year 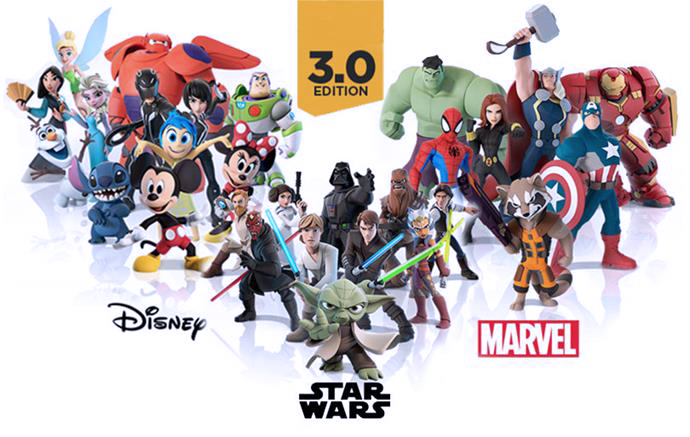 For toys created for children of any age that have a considerable electronic component involved. This includes “plug ‘n play” and interactive videos. It knows what you’re thinking! If it reads your mind within 20 questions it wins, if not, you win! Can you fool 20Q? The deluxe edition features an easy-to-read scrolling display. The screen changes color as 20Q gets closer to reading your mind! Image of CHATNOW Two-way Radio Communicator CHATNOW Two-way Radio Communicator – Tiger Electronics

Chat with your friends or send them text messages up to two miles away with the CHATNOW communicator! Talk one-on-one with your best friend or chat with everyone in your CHAT ZONE at the same time! You can send and save text messages, even add symbols to personalize them! Take pics of your pals and save them to your communicator. . . there’s a digital camera built right in! Animate their photos and save them to your personal buddy list!

Now plug your MP3 player into I-DOG and hear your tunes through I-DOG’s speaker! Toggle I-DOG’s tail to turn off the speaker and listen to music via headphones. I-DOG feeds on YOUR music. Your music helps form its personality by the type of music it hears, and its mood changes depending on how much music you share with I-DOG. Image of I-DOG Interactive Music Companion Image of Star Wars Saga Edition® Lightsaber Battle Game
Star Wars Saga Edition® Lightsaber Battle Game – Tiger Electronics

Put the Power of the Force in Your Own Hands! Slash your war through a galaxy far, far away. Grab your lightsaber and enter the exciting world of the Jedi. . . right in your living room! You’ll find helpful friends on your journey – and dozens of deadly foes. Wield your lightsaber quickly and cleverly to fend off the attackers and defeat opponents!

M.A.G.™ The BATMAN™ Villains of Gotham City™ TV Action Game – Thinkway Toys Defend Gotham City against The Joker, Clayface and a host of their henchmen before the ultimate showdown against Bane. You control BATMAN’s actions with wireless motion sensitive gauntlets. Punch and BATMAN punches on screen! Gauntlets also empower you to block hits and land kicks Awesome 2-way interaction. Feel and hear instant feedback on the vibrating chest plate No console or software required – unit connects directly to your TV with multi-level game play Amazing 3D Graphics with 64Mb and 256 colors Set includes gauntlets, chest plate and game unit with AV input cable Image of M.A.G.™ The BATMAN™ Villains of Gotham City™ TV Action Game Most Innovative Toy of the Year The best toy that combines the most unique blend of innovative technology and play value for children today.

iZ is the ultimate fusion of music and toy with a personality of his own. Twist and turn iZ’s ears to create new combinations of rhythm and lead tracks: press his belly to change-up the beat! iZ’s eyes bounce to the rhythm and lead and his horn glows in rainbow colors to the beat! Want to listen to your own favorite tunes? Use the included cable to plug in your iPod or any music source and listen as iZ plays your songs in his own way! Roboraptor™ – WowWee Dinosaurs are back and roaming the earth in the 32″ long Roboraptor, an advanced fusion of technology and personality. With his advanced artificial intelligence personality, realistic biomorphic motions, direct control and autonomous (free-roam) modes, the Age of Dinosaurs has truly returned

Record or download your favorite shows, music or pictures on the VUGO multimedia system! 128MB of virtual memory store hit television shows, hours of music or your favorite photos! Plug it in to your DVD, television, satellite receiver or computer, record or download what you want and then view on the go! The full-color screen and built-in speaker enhance the portable experience, and the pop-out stand equals hands-free entertainment! File management software makes it easy to store and access your VUGO favorites on the computer! The best toy primarily distributed through specialty retailers.

The 3D Pool Table is the first pool table in the world to have both horizontal and vertical game play. The game is similar to pool in that a player wins the game by hitting the balls into the pockets. The difference is that there are 3 levels, 2 cue balls, and 8 game balls (4 game balls each). The goal is to use your cue ball to send your game balls down to the bottom pockets first. The exciting part of the multi-level table is that balls can be hit up the scoops. Strategy becomes a major part of this game and with a little skill, game balls will be going up or down to different levels. 3D Pool is fun for the entire family and is built to last. Image of 3-D Pool Table

Develops logic and spacial perception while teaching kids to be tactical. Players take turns placing pieces on their board, each starting from their corner. Each new piece must touch at least one other piece of the same color, but only at the corners! The goal is to get rid of all your pieces. The game ends when all players are blocked from laying down any more of their pieces. Includes one gameboard with 400 squares, 84 game pieces in four bright translucent colors, and an instruction guide.

The PlasmaCar is a mechanical marvel that makes use of that most inexhaustible of energy sources, kid-power, by harnessing the natural forces of inertia, centrifugal force, gravity, and friction. It’s so easy to operate; all it needs is a driver and a smooth, flat surface. The PlasmaCar is adult-friendly, too. For starters, it doesn’t require an expensive power source that needs constant replacement. No batteries, no power-cells, no liquid fuel-just the occasional cookie or two. It’s quiet too-the only sound you’ll hear is the sound of its wheels. It provides kids with plenty of exercise, more so than most toys. And the PlasmaCar is engineered to be absolutely safe when used appropriately. It’s been extensively tested, and meets or exceeds all significant international safety standards.

You’ll flip over TIPOVER! This three-dimensional, multi-level challenge game will delight problem solvers at any skill level. To start, set up crates of different colors and heights on the game grid to match any one of 40 Beginner-to-Expert card challenges. Next, tip over the crates to connect your Tipper to the red crate, which is your final destination on the card. There’s a catch; your Tipper can’t jump over empty grid spaces. Only you control your fate by tipping over the right crate!

The Uglydolls have taken the world by storm with a broad range of appeal from newborn to 80. Kids get the message that being Ugly is cool. That accepting your differences being individualistic and embracing your flaws is redefining what UGLY means. There isn’t another product on the market that is this soft, has this broad age appeal and that has a message to kids of all ages to not be so fussy about imperfections. Many toy products on the market today project an idealized image or superhuman superhero – not Uglydolls. The narratives teach kids to have a sense of humor — an often overlooked element of having fun. Property of the Year The licensor that had the greatest success spreading its brand or property throughout the industry while generating interest and excitement.

Now in its fifth year since its debut in mid-2001, the Bratz brand has created excitement worldwide.. From the phenomenal introduction of the Bratz Babyz line to sponsoring the 2005 Grammy Awards Lounge in Los Angeles, Bratz has created excitement with retailers, licensees, press and consumers.. Not only did MGA expand successfully into Girl’s Lifestyle Home Decor with its innovative Livin’ Bratz line, the brand established new entertainment partners including Universal Music (CDs), THQ (videogames) and 4KIDS TV, which lauched the highly-rated Bratz:The TV Series on Saturday mornings on FOX.
Image of Dora the Explorer™ Cinderella – Disney

This Disney classic’s re-release on DVD created an opportunity for toys based on the movie. Dora The Explorer – Nickelodeon

Dora The Explorer is designed to engage pre-schoolers in a play-along adventure. Online, your kids can join Dora and her band of animal friends as she journeys through the Spooky Forest, Crocodile Lake, and other exciting places. It’s on these quests that Dora faces problems and needs your child’s help. Dora can’t continue her adventure without your child’s input. The series is designed to actively encourage pre-schoolers in a play along adventure. Dora The Explorer builds on Nick Jr’s promise to ‘Play, Laugh and Learn.’ Each day Dora and her monkey companion Boots go on a high stakes journey Star Wars – Hasbro Inc./LucasFilm

The 1977 record-breaking movie Star Wars not only revolutionized filmmaking and began an everlasting cultural phenomenon, but also completely reinvented the action figure market. Nearly 30 years later, Hasbro worked closely with Lucasfilm to bring the excitement from the final installment of the legendary saga to life for kids and fans everywhere resulting in one of the most successful toy brands of 2005

Thomas & Friends – HIT Entertainmentn The return of Thomas & Friends to television was complemented this year by the franchise’s celebration of its 60th year. Thomas & Friends has a strong and loyal consumer base. Licensee success for Thomas products is very strong. The property’s appeal transcends its theme and drives sales success across all toy categories.